We've recently leased a space over at Inwood Antique Mall just off I35 and are already feeling right at home. Our good friends Stephen and Jose, fellow dealers at the mall, have even given us a hand arranging and setting up our booth to best show off all the restored furniture and mid century housewares we have available. Take a look at the pics and be sure to stop by the mall to see everything in person! 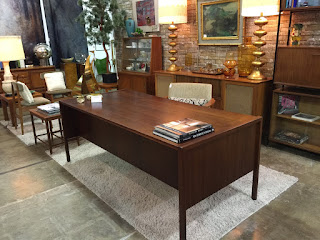 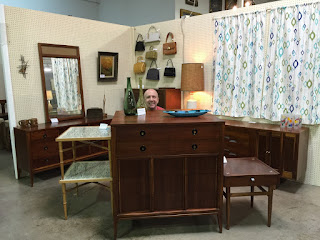 New to the Toshmahal Store and Items ON SALE!

Just finished restoring this beautiful set of 3  claro walnut dressers (2 high boys and one long dresser with mirror) . I believe they are by Stanley. (sunken pulls are very indicative of this, which are also in pristine condition)  Very nice graining and construction, a little sapwood mixed in for nice contrast. These are pretty rare to find in this condition. 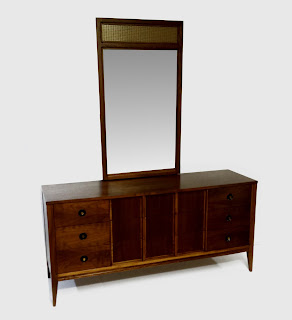 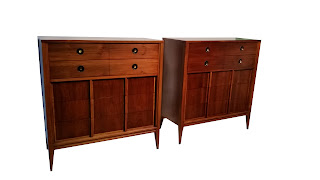 We also have this amazing Dining Room Set by Young Mfg, Labeled 'Dallas Show Samples'. I have seen Young Mfg. credenza;s about, and they are nice and very well constructed, but these I have not seen anywhere and I honestly believe these are one of a kind. They are in amazing shape as well. Beautiful diamond book match grain on the front of the china cabinet/hutch. The dining table is extendable with one leaf. The chairs are solid construction with a bent veneered ply back, sculpted legs, and absolutely no veneer chipping which is highly unusual for something of this age and this type.  I have restored/refinished these completely as well and added new upholstery to the seats which is a nice compliment to the coloring of the chairs. They are sturdy, no loose joints anywhere and very comfortable. The top front caps on the legs of the 4 side chairs are very reminiscent of Finn Juhl. Very good Mid Century American made, Danish style furniture. I happen to be pretty picky about what I get for resale and these are no exception to that rule 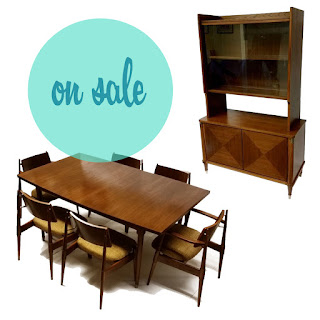 These pieces  are offered separately or as a complete dining room set. Both are marked down through this weekend but if you are interested in both the table and china cabinet there is a deeper discount.
Happy 4th! 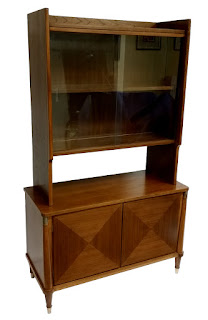 View and Purchase this Here 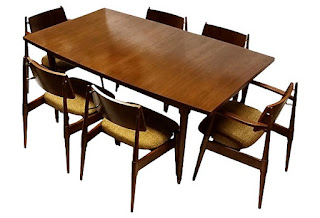 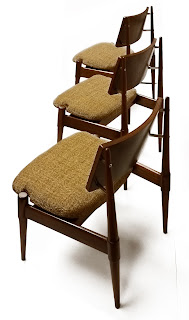 This past week we've set up an online store directly on Toshmahal.com, hoping to make the buying experience a bit more personal and affordable for all. Several new items have been added as well including an amazing dining set by Young Mfg. complete with table, 6 chairs, and china cabinet with hutch. 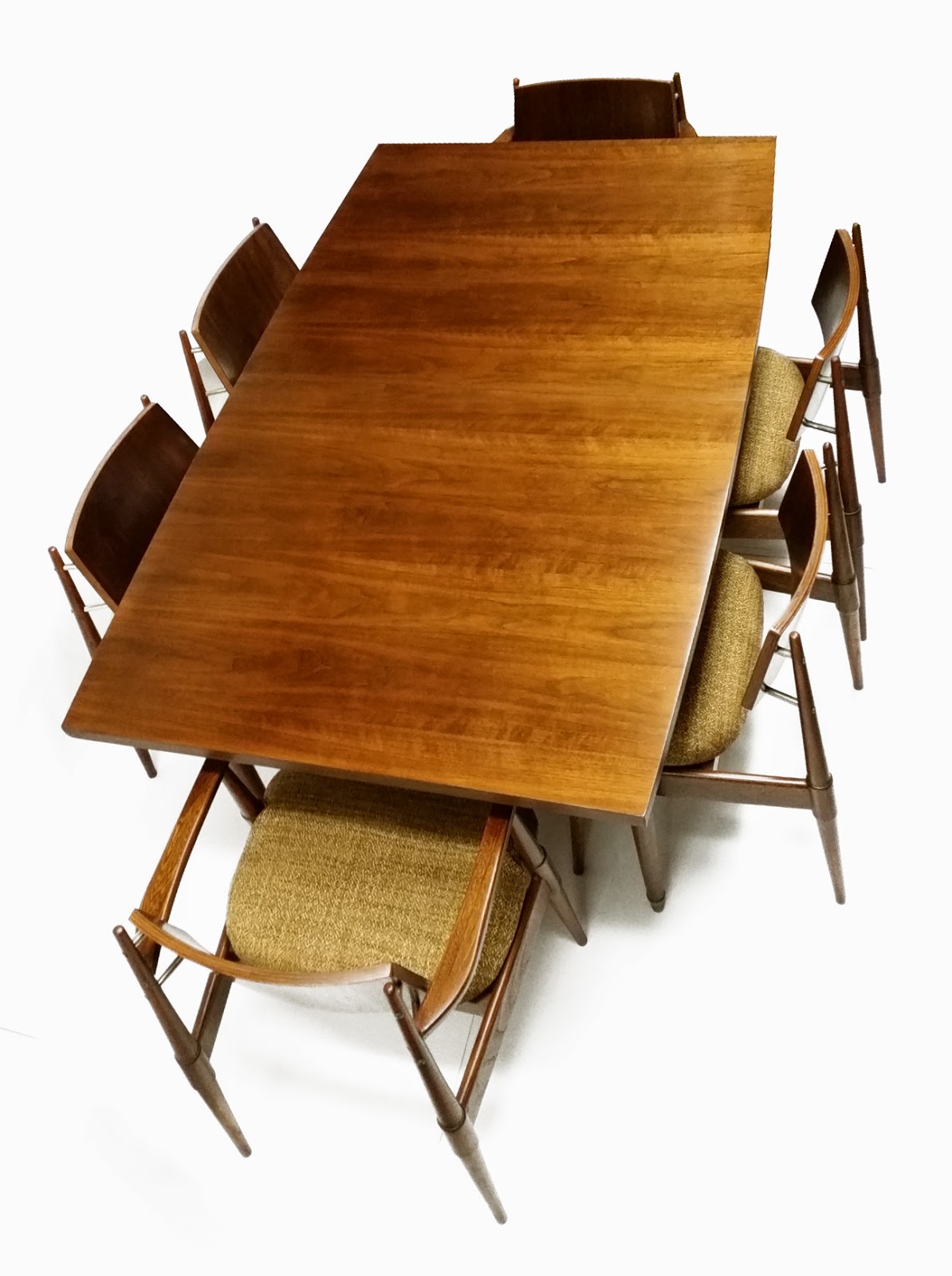 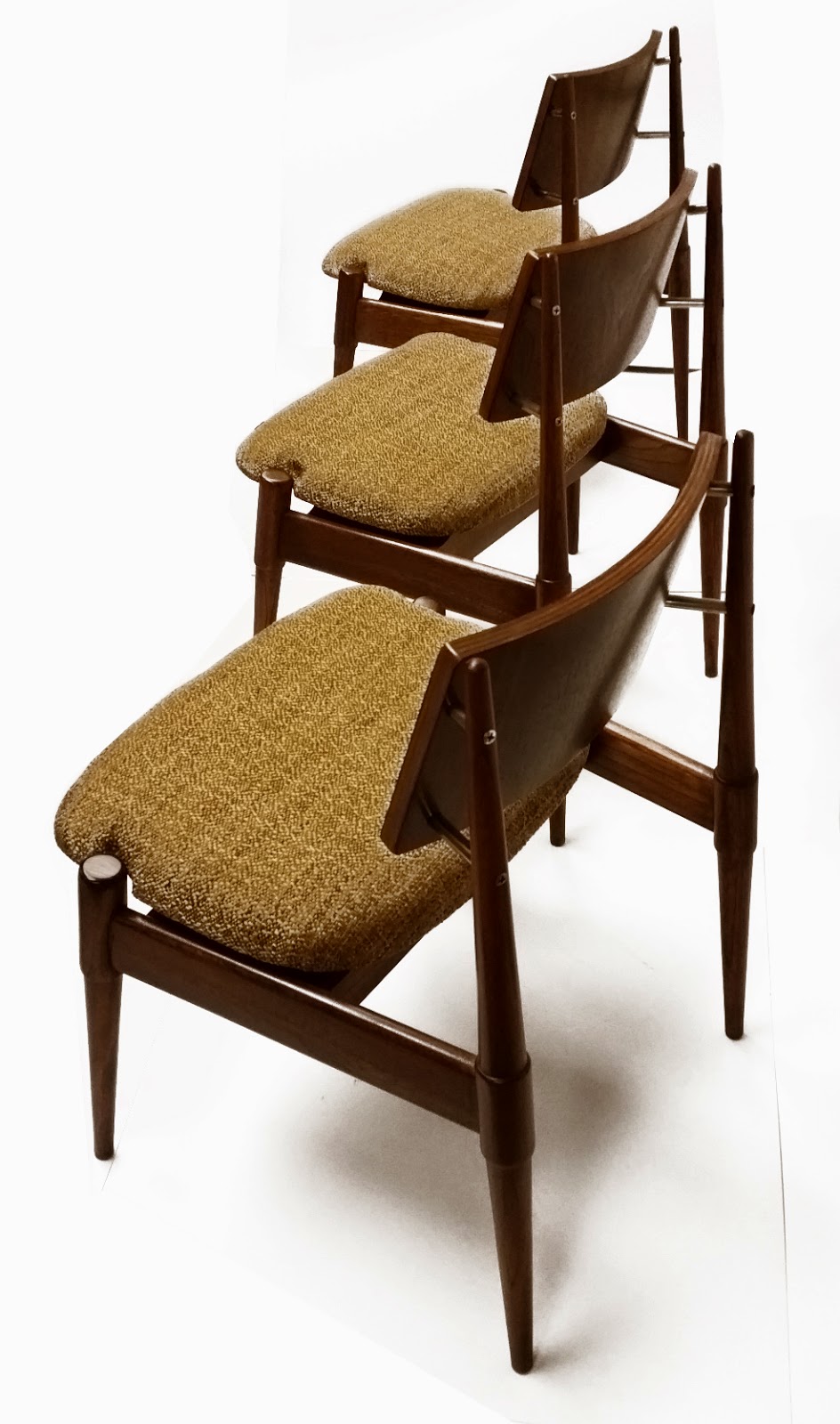 Our first sale was this beautiful American of Martinsville square coffee table. 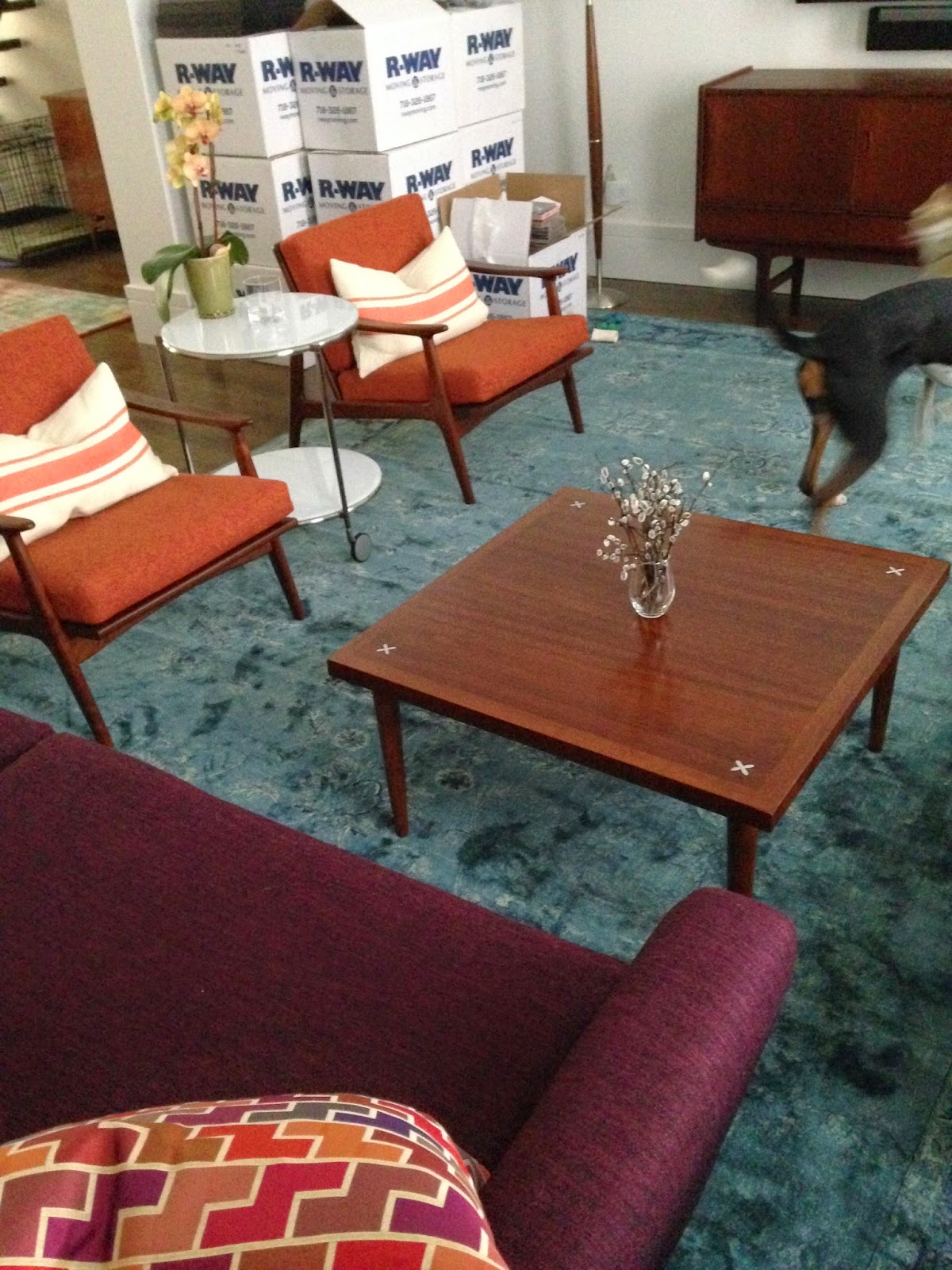 It arrived safely and in perfect shape to its new home in Brooklyn today. Thanks Deborah for the photo, it looks like it fits right in! Glad you are pleased with your table and this was such a pleasant experience all around! 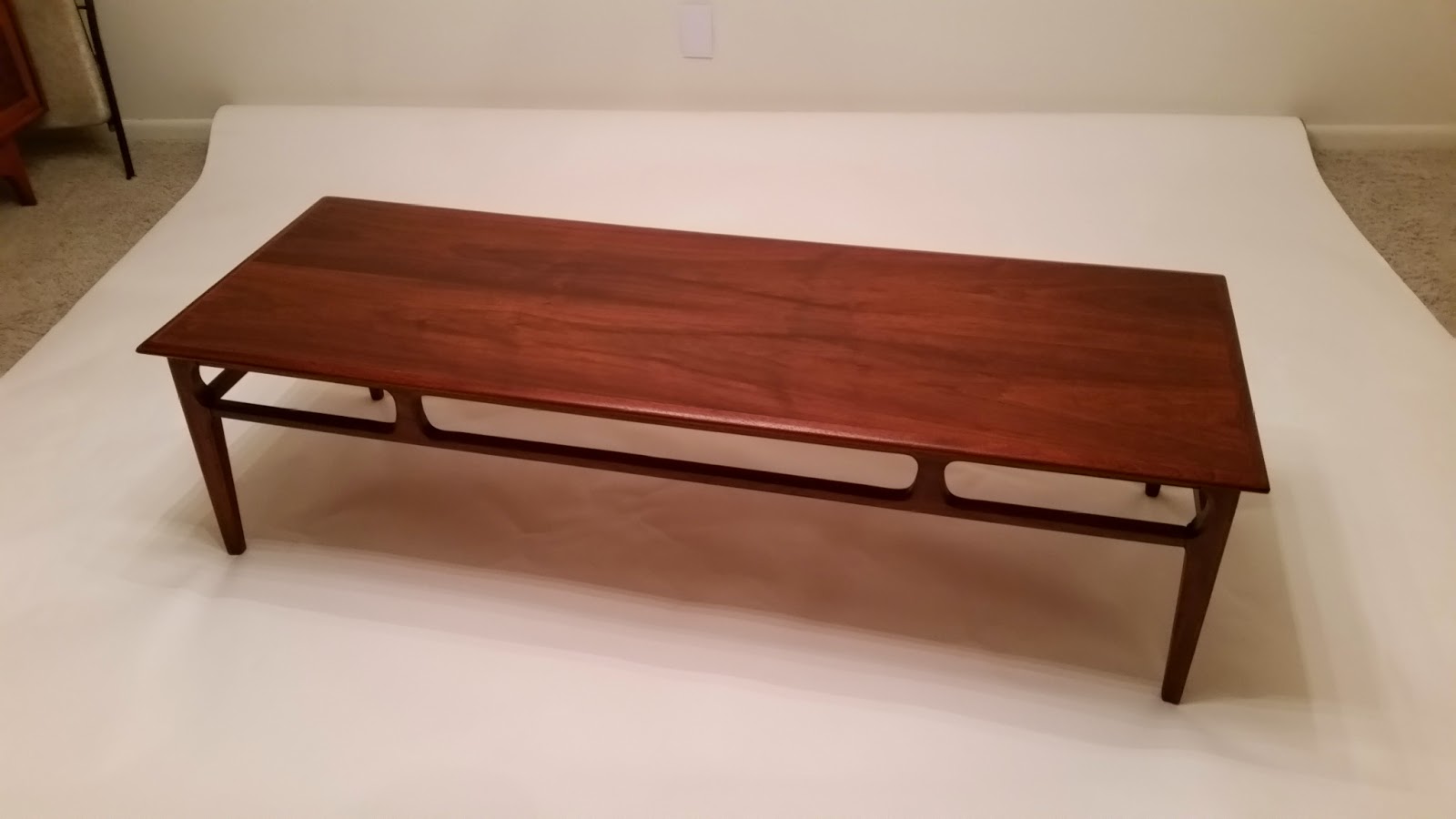 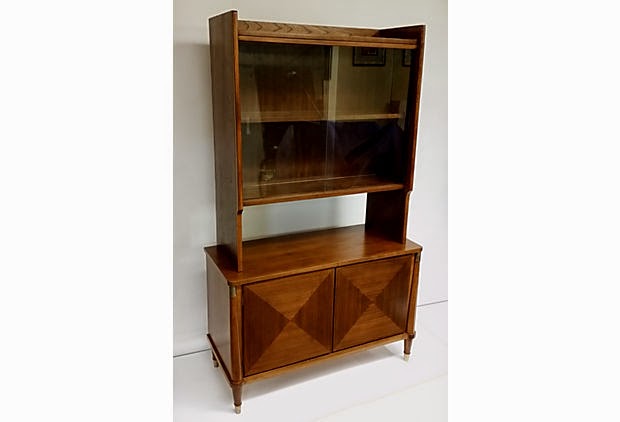 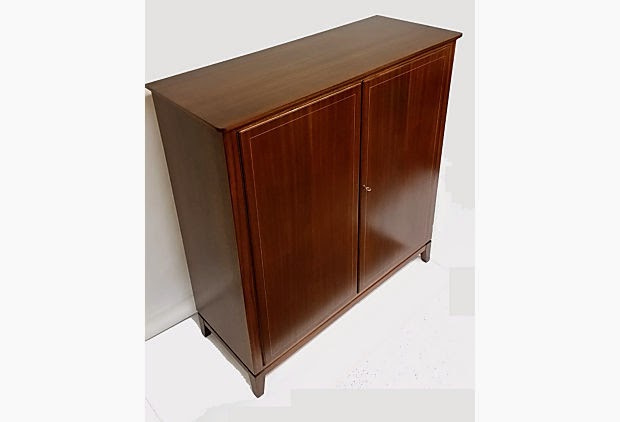 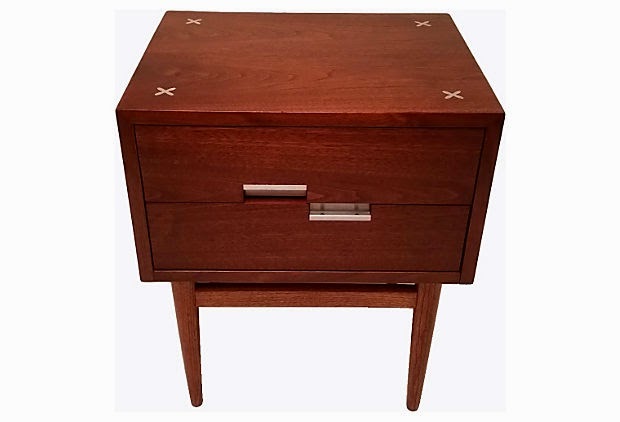 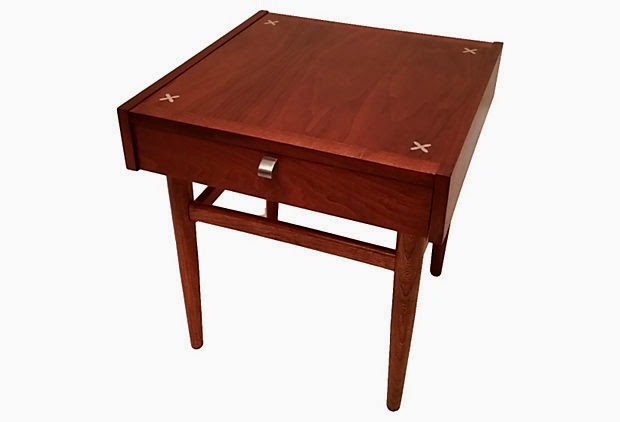 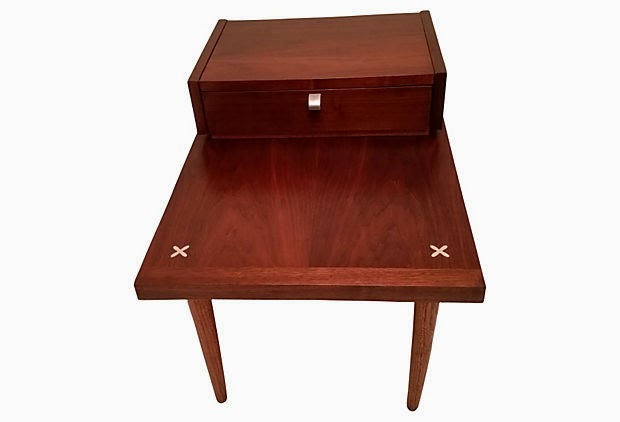 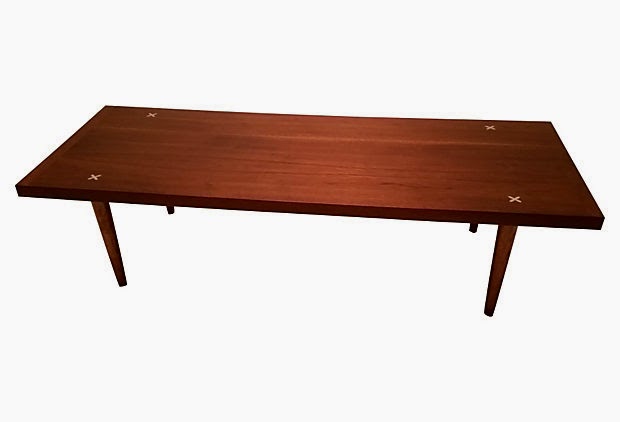 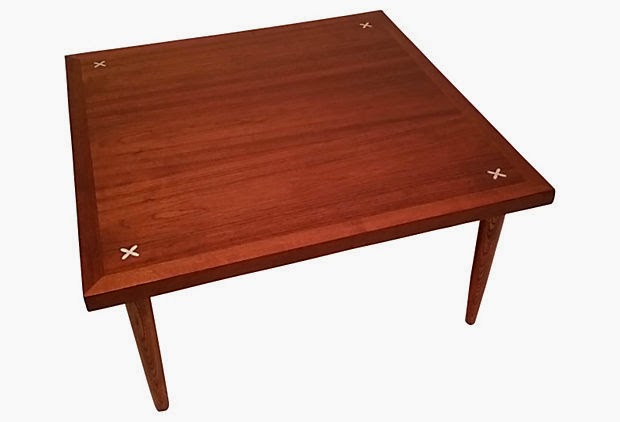