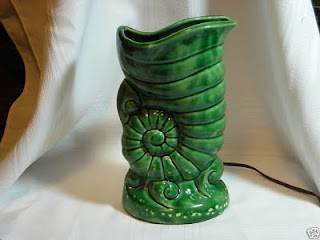 Mark Stevens shares our passion for many things mid-century, namely TV Lamps and old televisions and it shows in the extensive history he has so lovingly recorded and published on his many websites.

How it started...
Mark's interest in artifacts ("I always think of antiques and other old stuff as "artifacts of the past", remnants of things that were before our time or long-forgotten") began when he was in high school. "For reasons I forget, I began collecting vintage bottles and glass insulators, finding them at flea markets and antique shops. I used to walk along the railroad tracks south of town searching for insulators, as the earliest telegraph/telephone lines were strung alongside the tracks. (old insulators were often tossed to the ground and forgotten) That hobby passed after a couple of years, as life sort of got in the way of such trivialities for a time. But in the 1980s I became fascinated in movies from the 1950s, particularly the low-budget sci-fi and horror films." It seems this (and the golden Turkey Awards) is what began his fascination of all things related to the early american television experience and TV Lamps in general. I guess his proximity to the journalism field (he managed a paper for about 25 years locally) is what prompted him to and enabled him to research and write the history of tvlamps and a certain manufacturer out of texas (Texans Inc.) as well as cataloguing his whole family journal/tree. Some might say that this information is a bit extraneous but it is people like this that take the time to record and research this that enable some of the younger folks who are as impassioned about a subject to have the pleasure of knowing at least some of the whole story. I believe the research and writing about Texans Inc. is what inspired Mark to start TVLamps.net. Good thing.

My story as relates to Mark/TVLamps.net....
"Tvlamps were introduced right around 1950, coinciding with the proliferation of television in the home. The thinking was that eye damage could result from the glare of the TV screen, so decorative, back-lit ceramic statues were made to soften the contrast. This was a silly notion, but sillier still are the lamps themselves, often portraying ferocious-looking panthers, leaping gazelles, siamese cats, and all sorts of other animals."
I , personally think they are beautiful and one big happy accident. Americans are always coming up with crazy new ways of bettering their already crazy inventions and this is definitely no exception. One of the things that makes americana so intriguing to all of us, or at least myself.
I discovered his first website (tvlamps.net) as I was searching for the perfect Christmas gift for a very good friend of mine. I have also always had (since I was a teenager) a love for all things 50's, but especially lamps and old televisions/radios. When I disovered what I thought was the perfect gift for my friend. (Below) 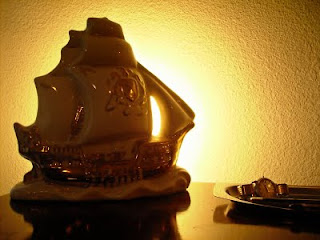 Mark was such a pleasure to deal with and so timely in his responses. He was also very informative and very courteous, something you don't always find when dealing with businesses over the internet (or anywhere for that matter). As a small business owner, and someone who still values the old way of doing things (in other words doing things right and actually having a passion for what you are doing and taking care of the people you are serving), this means a great amount to me. I book marked the site immediately. We shared a few emails about our passions for all things mid-century and ended up linking from site to site. You have to be careful who you refer because it can reflect directly back to you. I felt very confident about adding tv lamps to my list of links and I still do. If you are in need of that perfect lamp for your mid century haven, then this is one of the best places to find it. If you're also interested in the history of it, or a certain Texas based tv lamp company, then definitely head on over to his other site (http://www.texansincorporated.com/ ) and give it a gander. I think you will be pleased.
TV Lamps were going to be my main focus here at first, but if you check out Mark's blog (Atomic Antiques), you'll find that he's basically all over the map of the 20th century. I guess this probably comes from his passion for writing too. You can always find something interesting if you head over to this one. This basically gives him the freedom to expound upon all of the other things, besides and as well as, the mid-century things he loves. If you are ever wondering who wrote a certain b-movie great, starred in it, what go carts they were riding in the 50's, or what crazy building they were using for a cult movie shoot, then this is the place to be. I love it, and I always find that I learn something new when I go there. I hope you all enjoy it as much as I do.
(I have also included, for your viewing pleasure, just a few of the gems he has for sale over at his website below) 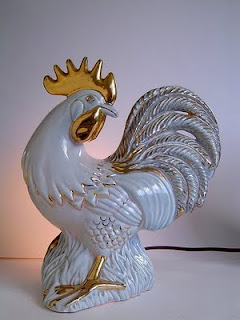 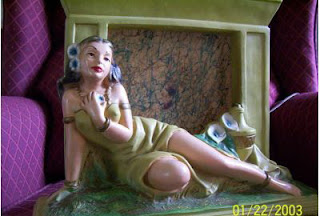 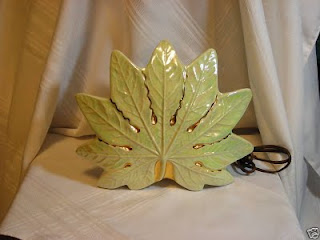